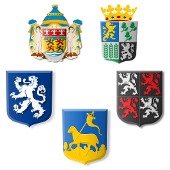 Loss of Jean Frederic
Jean Frederic left Falmouth in the early monrning of May 1,1941 with a convoy of 17 merchant ships bound for Dartmouth. On May 1 at 1605 hours, the Jean Frederic obtained an asdic-contact in position 50.11 N - 03.38 E (approximately 4 nautical miles from Start Point). Contact was lost about 5 minutes later, and the trawler turned to rejoin the convoy. At 1615 hours, the Jean Frederic was attacked by a German dive bomber, which dropped four bombs and raked the deck with her machineguns. The four bombs were all near misses, but exploded close enough to leave the ship in a sinking condition.

Meanwhile, the convoy (which also included Notre Dame de France in its escort) steamed on, unaware of the Jean Frederic's plight. It was not until the afternoon of May 2nd at about 1400 hours, that the British motor launch ML-157 picked up survivors from the rafts. By then, almost two-thirds of the crew had succumbed to exhaustion and wounds. The crew of the Jean Frederic totalled 39. Of these, 14 were rescued and 25 were killed (including the commanding officer, Luitenant-ter-zee der 1e klasse (Lieutenant-Commander) A.C. Lunsbeck).